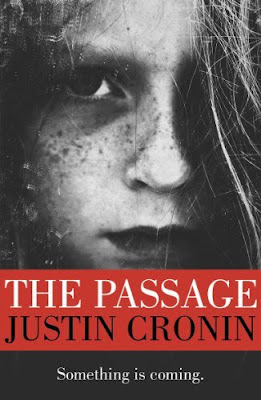 I have just finished reading The Passage by Justin Cronin (with the superior UK cover — look left). It was much-hyped prior to publication. However, it is not a good book; it is an unspeakably GREAT book! Seriously! It ranks in the top three novels I have ever read. 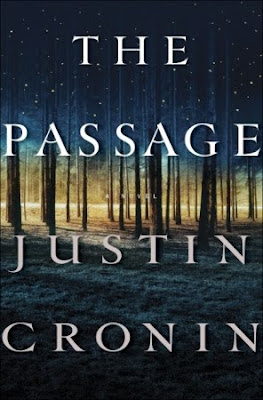 The author is an English professor at Rice University who has a track record of writing literary fiction (as opposed to pulp fiction) and that is what lifts this work far above the majority of works in the genre (vampire/zombie apocalypse novels).

Yes, this is a book is about the aftermath of a vampire/zombie virus that gets out of a military lab and infects the vast majority of humanity. The enemy are "sort of" vampires but more like vampire/zombie hybrids (Vambies? Zompires?). It tells the tale of a small band of survivors in California almost a hundred years after "the event" as they try to stay alive but in reality probably only await the final end of the human race. It is also about a young enigmatic girl who was there at the beginning and is the only hope of their salvation.

I know. It sounds absolutely naff.

It is not. Trust me. From the first page to the last (and it is a LONG book) I was gripped. The characters, the plotting, the writing style, and the gradual revelation of the what is going on were enthralling. For what seems a silly idea — a piece of pulp fiction — Cronin has created a very believable set of characters (that the readers actually care about) living in a believable and terrifying post-apocalyptic America.

Don't be put off by the length (and it is only part 1 of a proposal trilogy — vol. 2 out later this year): you won't want it to end.