The Sacrifice of Jesus

It is very common to hear people (including NT scholars) say that Jesus' death is sometimes presented using the image of sacrifice. Jesus' death was sacrificial. To us it seems so obvious that sacrifice is about death that we never even think to question the assumption. 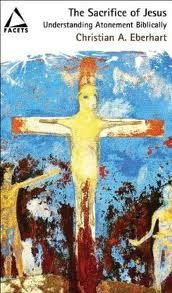 Here are a few thoughts about OT sacrifice (according to Eberhart):

Sacrifice in the OT is about humans approaching a holy God in homage.

Not all sacrifices involve killing (the cereal offering)

Not all killing of animals was sacrifice (e.g., killing the passover lamb [NOTE: passover was not a sacrifice])

The killing of the animals was not the heart of sacrifice (the ritual element of slaughtering the animal was not central; rather, it was a necessary event to enable to sacrifice to happen).

The idea that the animal was killed instead of the person offering it is not found in the OT sacrificial cult. (The ritual act of the offerer leaning the hand upon the animals head is unlikely to indicate a transfer of sin from the offerer to the animal—a sin-infused animal would not be able to be offered to God).

The blood represented the life of the animal (Lev 17:11) and the application of the blood effected purification. This rite was important but not central to sacrifice per se (only one type of sacrifice emplyed this rite).

The central act present in all kinds of sacrifice (Lev 1–7) is the burning ritual in which the offering is transformed so it they can "ascend" to God.

Offering sacrifice is like preparing a meal to be offered to (and in some sacrifices, shared with) God. This is a means of honouring God and being in relationship with him.

Sacrifice is atoning—the blood can purify/cleanse (cultic objects) and thus expiate sin and the burning is a "pleasing odor" that can propitiate God.

In the NT Jesus is spoken of metaphorically in sacrificial terms but we miss much if we limit such references to his death. The idea of Jesus dying instead of us is indeed present in the NT but not in sacrificial images. (Eberhart points out that the NT does speak of Jesus' death in terms of Isaiah 53 and in terms of the passover lamb but that neither of these are about sacrifice so they fall outside of the discussion.)

E.g., Eph 5:1–2, which speaks of how Jesus "gave himself for us as an offering and sacrifice for God as a pleasing odor" is unlikely (for various reasons) to refer simply to Jesus' death. "It rather conveys that his entire mission and life were of a special quality and, as a genuine expression of worship, accepted by God" (p. 106).

E.g., the many NT refs to the "blood of Jesus" are sacrificial images and derive from the blood application rites (which are not identified with the act of slaughter itself but follow on from it). The point is the way in which Jesus is able to purify his people. The images points to the way in which Jesus can effect consecration (e.g., Exod 29; Lev 8) and expiation. But while some NT images speak of Christ's death as vicarious that idea is not at the heart of these specific metaphors.

The event in which believers are put in contact with the cleansing blood of Jesus is the Eucharist in which they drink the "blood of the covenant"—ingesting the life of Christ and being consecrated and forgiven (cf. Exod 24).

Interestingly Eberhart does think that Jesus' sacrifice in Hebrews does speak of his death. Here, however, I am reminded of an article I read a week or so back by David M. Moffitt (Campbell Divinity School), "Blood, Life, and Atonement: Reassessing Hebrews' Christological Appropriation of Yom Kippur" (forthcoming). Moffitt argues that


"Jesus' death on the cross is not the place or the primary means of atonement for the author of the Book of Hebrews. Rather, when the writer claims in 8:4 that Jesus can only serve as a high priest in heaven, he intends to say that the great redemptive moment of the Christ event occurred not when Jesus was crucified, but after he was resurrected and ascended into heaven. There he presented himself alive and incorruptable before God. Just as Yom Kippur does not focus on the slaughter of the victim, but the presentation of its blood—that is, its life—before God, so also the author of Hebrews thinks in terms of the presentation of Jesus' indestructable life before God as the central act that effects atonement" (pp. 211–12).

None of this in any way undermines the importance of the cross of Christ for the NT has much to say about that. What it does mean (if Eberhart and Moffittt are right) is that we need to be careful about simply assuming that cultic metaphors in the NT, when applied to Jesus, are focused primarily on his death. It may well be that their focus is wider. If so then it is not the case that Jesus' death as such is spoken of as a sacrifice.

Terry Wright said…
I read an essay by Eberhart in a volume on Hebrews for my PhD. Very interesting stuff, he wrote.
5 September 2011 at 07:54

Henotheist11 said…
I just recently finished reading the book myself...I thought Eberhart made a very good case that the deeper meaning of sacrifice in the Old Testament was not penal substitution.
8 September 2011 at 21:47

Not all ritual slaughter was a sacrifice (i.e., offered to God). While many Christians (including scholars) often assume that the Passover was a sacrifice — because an animal was slaughtered in a religious ritual — it was actually not considered by ancient Israelites as a sacrifice.

The main sacrifice types are listed in Leviticus 1–7. Common to them all is the offering of the gift (whether animal or cereal) on the altar to God.

The Passover was different.

Alex Smith said…
Thanks Robin for such a prompt reply! I appreciate what you're saying, although I'm still a little confused because of Deut 16, verse 5 in particular "You must not sacrifice the Passover in any town the LORD your God gives you". Is this a translation issue?? e.g. should it be "slaughter", as it's not actually offered to God (especially when I carefully reread the Exodus 12 account)?
16 September 2011 at 11:22

I'll have to look into that. The verb is zbh which is a term for a sacrificial offering.

It may be that Deuteronomic theology was slightly different from priestly theology on this. Not sure. Will put it on my "to do" list. Thanks for the ref.

Alex Smith said…
The definition of the Greek word used in LXX seems to support Eberhart too i.e. "to slay, kill the paschal lamb"
16 September 2011 at 11:29

Alex Smith said…
Although Exodus 12:27 seems problematic, "then tell them, ‘It is the Passover sacrifice to the LORD, who passed over the houses of the Israelites in Egypt and spared our homes when he struck down the Egyptians.’”"
16 September 2011 at 11:53

Robin Parry said…
Indeed — I will add it to my list to look at. (NOTE to self: don't make bold statements without checking them out first)
16 September 2011 at 11:55

Perhaps I should have qualified the term "sacrifice." The passover does not appear to have been a cultic sacrifice. By that I mean that

1. it was carried out at private homes and not at the temple.

2. No part of it was offered on an altar to God. It is entirely consumed by households. Thus is it never referred to as "qorban" — an offering for God.

3. Thus it is not included among the cultic sacrifices in the priestly system (see Lev 1–7).

But obviously it was a very significant religious rite and could be called a "sacrifice."

I am not sure how best to conceptualize its relation to the cultic sacrifices. That will go on my "to do" list
21 September 2011 at 11:53

Anonymous said…
The Passover is a somewhat tricky thing. In most of the biblical tradition it was not considered a sacrifice because it was just an archaic domestic rite. In other biblical traditions it counted as a sacrifice (Hebrew zbh) since it was then slaughtered at the temple. One thing, however, is clear: No part of the Passover lamb was ever burnt on the altar of burnt offering at the temple.
Shalom, Chris E.
25 October 2011 at 23:06