Praise and Concerns about C4s "The Promise" 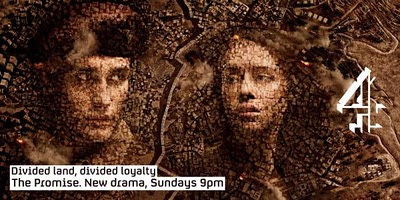 I have now watched all four episodes of C4's drama "The Promise."


It is an exceptionally powerful and moving drama about the pain surrounding the birth and continuing existence of the State of Israel. I have much to say in praise of it . . .

. . . and yet I find myself with a real unease. Not so much with what was in the drama so much as what was not in the drama. Story-telling is inevitably selective and the things one selects to include and exclude shapes the effect of the story on its audience.

Over the episodes the drama increasingly takes sides (against Israel and for the Palestinians) and this climaxes in episode four.

To take one example, the presentation of the massacre at Deir Yassin, an Arab village, on April 9, 1948. This really did happen—over 100 Arabs were killed (exact numbers are controverted)—and it was outrageous. I have no qualms about it being presented in the drama and no interests in defending those who committed this act. But my qualms are that it was presented as simply an action of "the Jews" and that it was representative of the tactics of "the Jewish army" at this time.

But things are not so simple.

1. The massacre was carried out not by the Haganah or on the authority of the Jewish Agency in Tel Aviv (the official organs of what was to become the State of Israel) but by the Jewish paramilitaries, the Irgun.

2. The massacre was not typical of Jewish military action in Arab villages. That is why it stands out as such an iconic and horrible event. (And, we ought to remember that prior to this there had been decades over which Arab attacks on Jewish villages had delibaretely targeted civilians. This was only mentioned in passing in "The Promise" leaving the misleading impression that all the attrocities were originated by "the Jews")

3. The official Jewish organizations (the Jewish Agency and the Hagganah) immediately condemned the massacre and sent a formal apology to the King of Jordan. Indeed, Ben Gurion used it as leverage to disarm, by force, the Jewish paramilitary groups.

My point is simply that by presnting too one-sided a story viewers unaware of the wider picture will come away with a "clear" picture that is far too simplistic.

The more I read about the history of the conflict in the Holy Land (from both sides of the debate) the more I feel that it is deeply ambiguous and not at all straightforward. 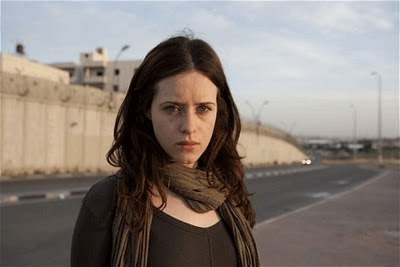 The way in which stories are "heard" will vary depending on the prior assumtions and knowledge of the audiences. And story-tellers have a social responsibility. If "The Promise" had been made by Israelis for an Israeli audience I would have no problems. It could serve as a prophetic critique in such a context by providing a different perspective on things than may be mainstream. But such a drama shown in a context in which many are already quite anti-Israel (as in the UK) will only reinforce existing feelings.

I would have felt much happier if the drama had not become increasingly clear regarding who the goodies and who the baddies are. In my perspective (which is always on the move) there were few good guys and few bad guys in this tale. I see light and dark and all the shades in between on both sides of the divide.

Whilst this wonderfully-told drama was very well researched, did display some genuine nuance, and was full of powerful sequences, it was—in the current political climate—not nearly nuanced enough.