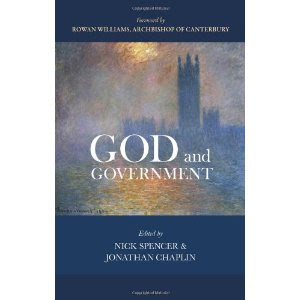 I am currently reading an excellent book:

It is a superb collection of essays on Christianity and politics. Here is the contents page.

So far I have read through to the end of ch. 7 and the book has not dropped a stitch yet. The contributors and the topics are well chosen and the material is stimulating and thought-provoking.

Alex Smith said…
It does sound fascinating. Please post your reflections on it as you go.

As a young adult I was under the impression that if you were a Christian, you had to hold Right wing views. However, I'm less certain of that now. What's you're opinion on that?

More importantly, how do you think EU influences your view on politics?
13 December 2010 at 09:28