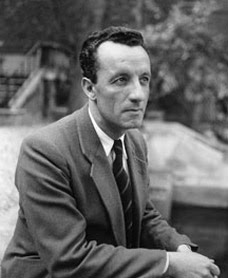 I read an interesting passage in Maurice Merleau-Ponty, twentieth-century French phenomenologist, the other day. He is exploring the notion of time in the light of music.


Just as the painter is struck by a painting that is not there, the body is suspended in what it sings: the melody is incarnated and finds in the body a type of servant. The melody gives us a particular consciousness of time. We think naturally that the past secretes the future ahead of it. But this notion of time is refuted by the melody. At the moment when the melody begins, the last note is there, in its own manner. In a melody, a reciprocal influence between the first and last note takes place, and we have to say that the first note is possible only because of the last, and vice versa. It is in this way that things happen in the construction of living being.
— Merleau-Ponty, Nature: Course Notes From the Collège de France. Compiled with notes by Dominique Séglard. Translated by Robert Vallier. Evanston, IL: Northwestern University Press, 2003, 174.

Thoughts on a postcard to Robin Parry, Theological Scribbles, cyberville

Alex Smith said…
Thanks, that's helpful Robin. After reading "666 And All That" I've been thinking a lot more about the two-way links between the beginning & end. It's become one of my favourite arguments in favour of UR, as it's so hard to explain how ECT mirrors (let alone improves upon) either the very good in Eden or the eternal, personal, perfectly harmonious, loving relationships in the Trinity!
16 June 2013 at 08:40